The language of PBX office-based phone systems has been evolving over the past few years to include new acronyms that reflect the role of the Internet in the delivery of services. PBX, which means “Private branch exchange” translates simply to an internal single business phone network that connects members of a single organization to one another, while also being connected to an outside public phone line to receive phone calls from the outside world. Add the letters “IC” to PBX and you move forward to the age of the Internet by referring to “Internet Protocol,” whereby the system is connected not by wires, but by means of the Internet, thereby making your computer the instrument of contact. It gets more complicated as cell phones, smart phones and I-pads take you beyond the computer for greater mobility and you find yourself in an entirely new world.

That is the world of today, the world of Grandstream, a world that is constantly changing, making it necessary to find phone systems that are capable of adapting almost instantly to a new but yet to be discovered technology that will jump onto the scene – unannounced.  Finally, to understand another term tossed around, “SIP” – meaning “Session Initiated Protocol” – you are simply talking about a signaling protocol used to establish a session in an IP network, whether it be a telephone call involving one person or a conference involving dozens of people.  This is the world in which Grandstream Business Phone Systems operates.

Only ten years ago, in January, 2002, Grandstream Networks came onto the scene as a seller of Analog Telephone Adaptors, and since then has significantly extended its product portfolio to now include over 40 IP-based products, including Executive, Small and Medium Business and consumer IP Phones; IP Video phones; IP video surveillance cameras; enterprise IP gateways; as well as the recently introduced UCM6100 series IP PBX Appliance. More about that later!

Over the years, Grandstream PBX Phones and its product solutions have won dozens of awards, including the Inc. 500, Deloitte’s Technology Fast 500, World Vendor Awards, Internet Telephony Service Providers Association, 12-time winner of the Internet Telephony Magazine’s Product of the Year Award and 8-time winner of TMC Labs Innovation Award.  Not a bad record for a ten-year-old company competing on the same playing field as international, brand-recognized companies that have been around since the 1930s!  As a sign of its growth and reputation, Grandstream just announced moving to new Corporate Headquarters in Boston to accommodate its rapid growth and expansion. 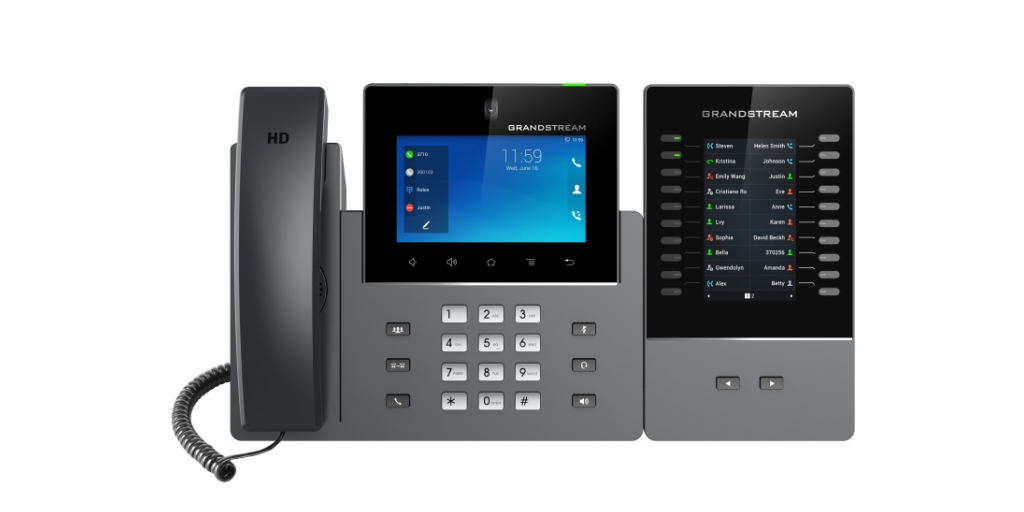 Its premiere product catapulting its recognition and reputation in the Small to Medium Business Phone System industry is the UCM6100 series IP PBX, full-featured, easy-to-manage IP PBX Appliance designed to bring enterprise-grade features to small-and-medium sized businesses (SMBs) without the need for licensing fees, costs per feature, or any recurring costs.

Incorporating industry-leading features and performance, the UCM6100 series offers quick and easy setup and deployment using the web-browser user interface – which features auto-discovery of IP endpoints and zero-configuration provisioning. The secure and reliable UCM 6100 series delivers enterprise-grade features to SMBs with unrivaled reliability – all at an unprecedented price point. 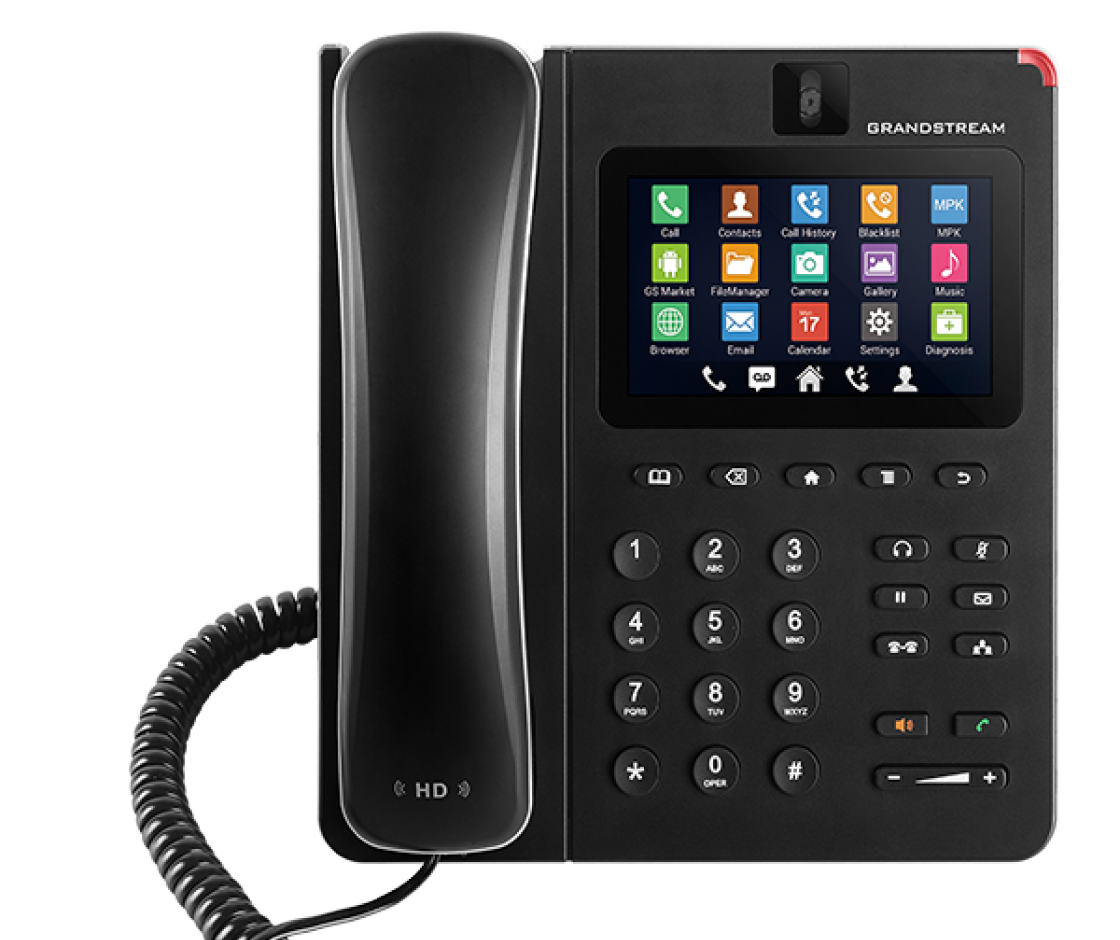 This powerful system consists of enterprise-grade features, extraordinary ease of use, and all for the starting price of an entry-level PC! Industry analysts referred to Grandstream’s introduction of the UCM6100 Appliance as a move that could potentially change the competitive landscape of the IP PBX market for SMBs (small to mid-sized businesses). The UCM6100 series incorporates advanced voice, video, data, and mobility features typically found in expensive IP PBX systems for larger enterprises but offers them in an innovative, extremely easy to use fashion at a potentially disruptive market-leading price point for the SMB market.

Based upon an enhanced version of the popular open source Asterisk platform, Grandstream’s UCM6100 series is a powerful IP PBX appliance that supports up to 500 users, 60 concurrent calls, 6 conference bridges, and 32 conference participants. Other features include onboard Flash memory for voicemail, electronic fax, call recording, personalized music-on-hold, and virtually unlimited peering for multi-site deployment. The UCM6100 has broad SIP inter-operability with major Internet telephony service providers and SIP trunk providers, as well as the vast majority of SIP phones and other SIP devices on the market, including Grandstream’s complete line of GXP IP Phones and GXV IP Multimedia Phones and IP Video Cameras.

With the introduction of the UCM6100 appliance, Grandstream is definitely in the race.  It is indisputably a game changer, and should be included in the mix of competing candidates for adoption by small to medium sized businesses considering a new, expanded or upgraded office phone system.