One thing to keep in mind is that while most hosted systems utilize the Internet Protocol, not all hosted systems have to be totally cloud based.  They can be premise based.  In other words, a hosted PBX system delivers PBX functionality as a service, available over the Public Switched Telephone Network (PSTN) and/or the internet. Hosted PBXs are typically provided by the telephone company, using equipment located in the premises of the telephone company’s exchange.  This means the customer organization doesn’t need to buy or install PBX equipment (generally the service is provided by a lease agreement) and the telephone company can (in some configurations) use the same switching equipment to service multiple PBX hosting accounts. 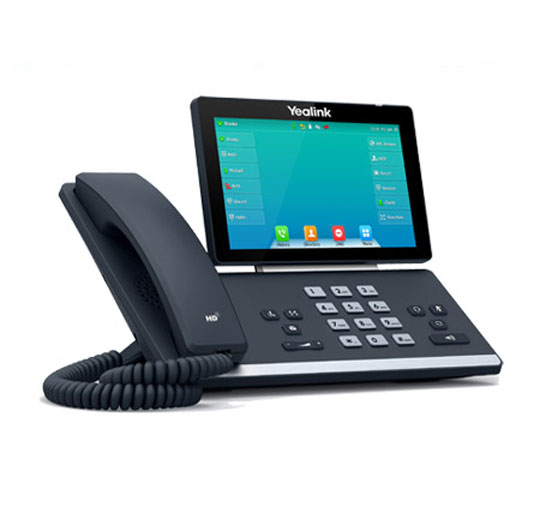 Instead of buying PBX equipment, users contract for PBX services from a hosted PBX service provider, a particular type of application service provider (ASP). The first hosted PBX service was very feature-rich compared to most premise-based systems of the time. In fact, some PBX functions, such as follow-me calling, appeared in a hosted service before they became available in hardware PBX equipment. Since that introduction, updates and new offerings from several companies have moved feature sets in both directions. Today, it is possible to get hosted PBX service that includes far more features than were available from the first systems of this class, or to contract with companies that provide less functionality for simple needs.

In addition to the features available from premises-based business PBX systems, hosted-PBX allows a single number to be presented for the entire company, despite its being geographically distributed. A company could even choose to have no premises, with workers connected from home using their domestic telephones but receiving the same features as any PBX user.

Also, hosted-PBX allows multi-modal access, where employees access the network via a variety of telecommunications systems, including POTS, ISDN, cellular phones, and VOIP. This allows one extension to ring in multiple locations (either concurrently or sequentially).

Hosted-PBX supports integration with custom toll plans (that allow intra company calls, even from private premises, to be dialed at a cheaper rate) and integrated billing and accounting (where calls made on a private line but on the company’s behalf are billed centrally to the company).

Hosted-PBX eliminates the need for companies to manage or pay for on-site hardware maintenance and allows scalability so that a larger system is not needed if new employees are hired, and so that resources are not wasted if the number of employees is reduced.

So the practical definition that emerges for a Hosted business phone system is: a purchased service that provides PBX functionality over standard telephone lines or the Internet where the equipment is housed and maintained at another location. Users are sold on hosted phone systems for their reliability and the fact that they are good for just about every small business.